Through the guidance and grace of God, Sando Karneh has come a long way. Born and raised in Liberia, West Africa, a nation destroyed by a 15-year civil war, he has been blessed, and he was able to overcome extreme poverty and the devastation of the war. He attributes this to God, family, and education.

Sando came from a home with loving parents. His father was a teacher, and his mother was a nurse. He grew up in a small shack that had one pipe that brought running water into the house and no inside toilets or bathroom. Despite the poverty, Sando’s parents believed that education was the key to success, so they sacrificed to give them the best education. He graduated from the most prestigious all-boys’ Catholic high school in Liberia.

“I lived in a small shack with no toilets, but I went to the best all boys’ school in the country. I went to school with the children of ministers and governors. That is the power of God.”

After high school, Sando started his first year in college, but his hopes of attaining an undergraduate degree were shattered when his country erupted into a civil war that claimed the lives over 250,000 Liberian citizens and over a million of them displaced. “During the war, I had friends that were killed, knew entire families that were slaughtered. My father was killed, but I am still standing. God knew he had a plan for me.” By the grace of God, Sando survived the war but was forced to flee his home country and became a refugee. For the next seven years, he would be without his immediate family, living in 7 different countries.

There was finally a light at the end of the tunnel when Sando migrated to the United States to join his mother and other siblings in late 1998. In 1999, he enrolled in Job Corps and completed eight months in the program. He credits the Job Corps with teaching him computer literacy and corporate business ethics. Job Corps provided me the opportunity to enroll in college and purchase my first car.

Sando graduated with honors acquiring an associate’s degree in Personal Computer Support & Web Graphics from North Lake College in Irving, Texas. In 2003, he began his career in finance working with TD Ameritrade and eventually receiving his license as a stockbroker in 2005. In 2007, he graduated Cum Laude from the University of Texas with a BS in Social Work. Although he had a bright future in finance, Sando is a philanthropist at heart, so he focused his undergraduate studies in Social Work because he believes his purpose is to give back to the children who are now in the same situation as he was when he was growing up. He currently works with E*Trade Financial as an equity compensation manager.

Sando continues to believe that God, the church, family, and education are the keys to success. He has been blessed with a beautiful wife and three kids that he loves dearly. He also is in constant contact with family and friends in Liberia and the US. He serves as a volunteer with many organizations in Atlanta; including Hosea Feed the Hungry and Homeless, Operation Hope, Junior Achievement of Georgia, Habitat for Humanity, and he has been a faithful member of Victory World Church serving as an usher leader. He is also constantly in the pursuit of knowledge. He recently completed his Masters degree in Management with a concentration in Organizational Leadership and a non-profit management certification from The Lead Institute of Atlanta.

Sando is grateful to have overcome the poverty he experienced in Liberia but has not forgotten his humble beginnings in his home country of Liberia. In 2013, he co-founded H.E.A.L., Inc. (Help Educate & Assist Lives), a nonprofit organization dedicated to providing resources and opportunities for the underprivileged youth in Liberia through educational development, mentoring, and youth empowerment while at the same time provide their basic needs. The organization’s goal is to build learning centers that would create an environment conducive for children to learn, be mentored and be encouraged.  Sando stated that “I pray to get money, but I pray that I die with nothing in my account.” This shows his generosity, his love for God, and his passion for giving back.

For more information about H.E.A.L., Inc. click on the link below. 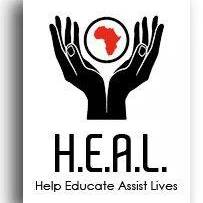