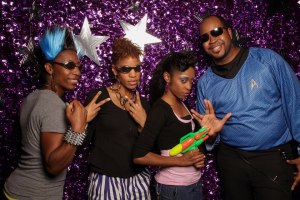 How willing are you to fulfill the call of God on your life? What if God gave you an assignment that would take you far out of your comfort zone and away from everything you knew? What are you willing to sacrifice to preach the gospel or share the love of Jesus? Well, let me introduce you to Cameron Proctor, Kristina Smith and Jewel Richardson, three young adults that are answering Gods call, and leaving everything familiar behind to become missionaries in foreign countries across the globe?

In 2011, Cameron’s life was changed after he went on a week-long mission’s trip to China. “I felt like I belonged there.” Afterward God gave him the idea to move to China in a dream and confirmed the idea when Jewel randomly asks him after church one day, “So when are you moving to China?” For the next two years, Cameron will be teaching English in Xianxyang, China. He has left his job as a medical technologist, family and friends to make this journey. He is currently living in Xianxyang where he will teach English at Tibet Nationalities University. “Right now I am really excited but also kind of nervous. I have never done anything like this. I’m just having faith in God.”

Kristina is going on an 11 month mission trip across the world to 11 different countries called the World Race. Kristina and her fellow world racers will spend one month in Guatemala, Nicaragua, Costa Rica, Thailand, Cambodia, Malaysia, India, Nepal, Mozambique, Swaziland, and South Africa. The World Race is different from traditional mission’s trips because the missionaries will not be working with any specific organization. “It’s very Holy Spirit lead. We will be working at orphanages, loving on people or working to stop sex trafficking.” In January, Kristina quite a well-paying job in order to do the mission trip. In fact God told her to quit her job before he told her the reason why she needed to resign. She has also had to raise 15,000 for the trip and overcome various attacks from the enemy but God has supplied the funds and she has kept the faith.

Jewels life in Atlanta was near perfect. She had a great job as a dance instructor that she adored, tons of beloved family and friends, was active at an awesome church, was progressing in her tae kwon do training, everything was great. Then one day she and a friend were out at a restaurant and they were reflecting on how “gansta” God is, referring to the scripture when the prophet asks God who will I tell them sent me and God replied, “You will tell them I Am sent you.”  Then that’s when she heard God tell her that she would tell people the same thing when they ask her why she was moving to South Korea.   Initially stunned at what God told her she said yes to his call to go. But she admits that if she had not had a close prayer life before God spoke she would not have been able to obey.   For the next year Jewel will be teaching English in Daegu, South Korea.  South Korea has the highest suicide rate in the world which is caused by extreme pressure to excel in education. God revealed to Jewel that it is her job to help lower the suicide rate and give the students hope. At one point she was disappointed at the things she would have to give up, dance for one, but God told her he had so much more for her in South Korea.  Jewel is loving her new life and currently taking orientation classes in Daegu. She plans to keep in touch with friends and family via Facebook and videos on Youtube.