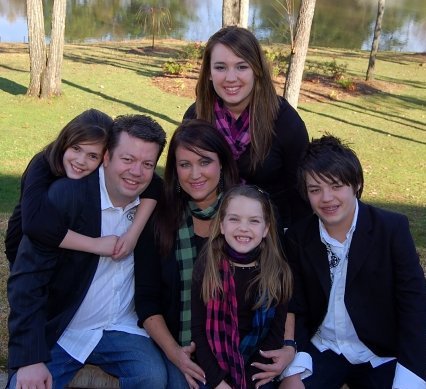 Fourteen years ago today, Chris and I had the worst day of our lives. We went for a routine ultrasound to see our baby boy in Chris’s womb one more time. He had been in the breach position and the doctor wanted to make sure he had not turned on his own – normal stuff really. What we saw on the ultrasound, however, was not a pleasant sight. Instead of seeing the sonagraphic image of a healthy baby, we saw a big blob. The technician literally ran out of the room exclaiming, “I’ve got to get the doctor!”

As the two of us sat there together, we were suddenly consumed with questions. “What in the world is going on?” “What’s wrong with our baby?” Our questions turned to harsh reality when the doctor called us into his office and told us that there was something very wrong with the baby and that Chris had to have an emergency C-section to remove the baby immediately. I asked him what the chances of survival for the baby were. He responded solemnly, “I can’t give you any hope.”

A little later that afternoon, right about this time of day, after Dr. Elizabeth Killebrew performed the C-section, Dr. Francisco Velez along with his team from NICU ran with the baby to try do something to save his life. The baby honestly was a hideous sight. Instead of a beautiful little baby, I saw a rather scary looking, alien-like creature. His entire body, from head to toe was engorged with fluid to the point of looking more like a balloon than a baby. Chris was not even allowed to see the baby and I was not allowed to take any pictures.

Over the next few weeks, we virtually lived at the hospital. The doctors and nurses worked just to keep the baby alive while they tried to determine exactly what was wrong with him. Every few hours, the baby’s heart rate would spike up to 300 beats per minute, as opposed to a normal 130-150. In one of the doctor’s attempts to actually control the baby’s heart rate, the heart stopped altogether. We were never told exactly how long he was gone but after much CPR and defibrillator shocks over and over, the doctor was ready to pronounce the baby as dead. With one “last shock,” however, the baby came back to life and the heart began to beat again. As Psalm 91 hung over his NICU bed for the next few weeks, the baby clung to life and we clung to our faith along with many others praying with us.

Tonight, Chris and I took our son, Jameson, out to dinner to celebrate his 14th birthday along with his sisters.  We all took turns telling what we liked about Jameson and he gradually allowed his sly, handsome grin. We celebrate what started out as a terrible day but ended up as of a day of God’s miraculous provision. I had to tell somebody so thanks for letting me tell you.

One thought on “God turns a scary deliver into awesome miracle”