For 20 years, Christine Dixon was entangled in a world of sexual immorality, drug abuse and alcohol addiction but her life began to change when she attended a funeral in 2009.

One day, Christine received a text message from a friend that contained the picture of a young girl that died way before her time. So she went to the child’s funeral to pay her respects, but little did she know she would receive a message that would change her life.

The pastor preached a powerful message, “I felt like the Lord was telling me I had a second chance at life and that I had to change my life.”

Sometime later a co-worker invited her to Victory World Church and although intoxicated from the night before she went. Christine says as she entered the doors of Victory a greeter welcomed her with open arms and she then heard the voice of God say “Welcome Home.”

“I saw God through him. The love, joy and happiness that I got from him compelled me to continue my journey with Christ.”

Christine’s struggle with sexual immorality began at the age of 8 when she was inappropriately touched by a baby-sitter.  Although she had dated men and women, she found that she preferred women and at the age of 14 she had her first sexual experience with a female.  She firmly believes her issues with sexuality stemmed from her childhood molestation and that homosexuality is in her family.

“It seemed normal to me and once I came out to my family I didn’t care what anyone else thought.”  The absence of a healthy father-daughter relationship, rejection, and a need to prove herself led her to take on the role of a stud.

“I was never really feminine and as time passed my wardrobe changed and my style changed. I started wearing men’s clothes, men’s cologne, and going to the barber. Whatever guys did, I did.”

Her addiction to drugs and alcohol also started at the age of 14. Christine always hung out with older people who negatively influenced her habits.

“I took to drugs and alcohol pretty easy. Alcohol made me feel good. It was the air I breathed.” Christine admits she was a functioning alcohol and very few people could tell she had an addiction.

“I drank almost everyday for 20 years. There were not many long periods when I was sober. A lot of times I went to work intoxicated. There wasn’t much I didn’t do without alcohol.”

Her addiction to drugs began with smoking marijuana and graduated to using cocaine at the age of 21. “I would do large amounts of cocaine. A couple of times I should have overdosed but I didn’t. I feel like God was protecting me.”

Since giving her life to God Christine has been able to overcome her addictions. “I did not go to rehab at all, I found Jesus. Once I started going to Victory I didn’t know what to expect but I did know it would be good.”

God told Christine to get involved and that is just what she did. She started attending small groups, seminars, classes and that’s where the healing began. She says she started making better decisions and choices when she changed her environment.

“I knew if I stopped drinking everything else would stop. First I stopped going to the package store. I would also hear God say put cigarettes out. After a while I wasn’t drinking and I wasn’t smoking.”

At the time she gave her life to Christ, Christine was living with her girlfriend but the presence of God was on her and He would not let her go. She told her girlfriend that she was going to make some changes and she did. They stopped having sex and she got her own apartment so she could leave the situation. She said her girlfriend didn’t understand.

Though her ex didn’t understand God’s presence in her life it had a positive effect on others. Her grandmother is very happy at the change in her life and co-workers have said her light has helped them.

“I’m at the point in my life where I’m still getting to know God and myself and enjoying the journey.” Being at Victory and in God’s Word, Christine says she is more open to marriage. “God has defiantly given me a change of heart towards men and myself.

I am working on myself and getting to know the real Christine, the woman of God that he created me to be. ”

Christine Before Transformation and  the New Christine 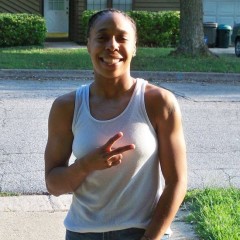 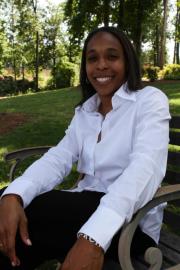 8 thoughts on “EX-lesbian talks about how God saved her from homosexuality, and an addiction to alcohol and drugs”

Forgiveness Matthew 6:14 For if ye forgive men their trespasses, your Heavenly FATHER will also forgive you.Colossians 3:13 Forbearing one another, and forgiving one another, if any man have a quarrel against any even as CHRIST forgave you so also do ye.