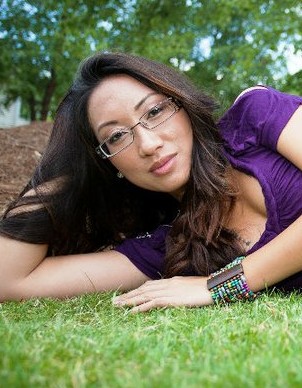 October 8th, 2004 is the date when I purchased my first Bible. I was 18 years old and pregnant with my first child. God blessed me with this child so that He could save my life! Prior to coming to Christ, I was a very troubled/broken child. I was raised in a Buddhist home by my grandmother. I saw little of my mother because she worked multiple jobs to financially provide for me and my father left when I was 2. I knew very little of Christianity but recall praying to God as a little girl in my moments of pain.

From about the ages of 13-19, my life consisted of drugs, alcohol, and sex. I stole, I hustled, I lied, and I cheated. I did what I wanted to do when I wanted to do it! I had no boundaries or limits. I failed all of my classes and was kicked out of school. In an attempt to graduate, I was transferred to an alternative school. Shortly after I became pregnant and eventually dropped out. My life was going absolutely nowhere.

I faced the pressures of abortion up until I was about 6 months pregnant from my family. But I knew that my child’s life was more important that anyone’s opinion of me. While this life was growing inside me, I began to see life differently. For the first time ever, I realized that I had a purpose. Life was no longer about Lana. I knew I needed to change because I wanted to give my child a better life than mine.

March 2008, I began consistently going to Victory World Church. The day that I decided to go was due to the full acceptance of being a single mother. I needed to surround my child with as many positive people as I could because I knew that my child would have voids that I couldn’t fill. My son’s father was my high school sweet heart and best friend, we were inseparable but the birth of our child separated us.

Having my child and going to VWC was the best decision I could have made. These events helped introduce me to Christ. I was a sinner who came from nothing and I have accomplished so much through Him. I was told by many people that my life would be ruined because of my child. But the exact opposite happened. God placed my son in my life so I could find Him! He saved me from my self-destructive ways. Never in my life did I imagine going to college and I am. Never in my dreams did I think I would have a leadership position in a church and I do. I can do all things through Him! I give Him all praise and honor because without Him I am nothing!

One thought on “Woman has baby despite pressure to have abortion.”